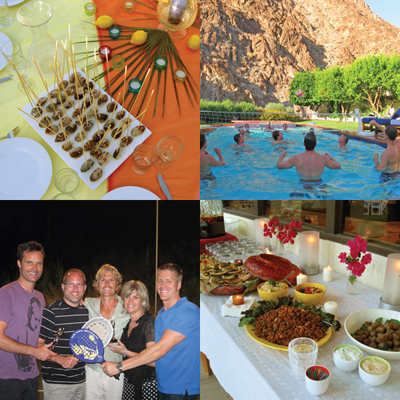 It’s Memorial Day Weekend. That can only mean one thing. I am having a Three-Way. But before you throw your arms up in the air and call Jerry Falwell on me. Let me explain exactly what the Three-Way is and why I am so happy to participate in it year after year.

The Three-Way is a group of parties in Palm Springs. It started about 10 years ago with a small group of friends who own weekend places in the desert. This group liked to get together on the last weekend in May and have a casual party. Most of the people in this group close up their houses during the hot summer months. Meaning they would not see each other until the following winter.

Eventually this morphed into a bigger, more organized event. The homeowners acted as hosts to their friends. They’d invite as many people as they could squeeze into their houses to spend the weekend. The house guests would all become a team and were expected to throw a party for the other teams staying in the other two houses. The weekend included cocktails parties, pool parties and dinner parties– even a competitive tennis tournament and volleyball match up. Which explain this photo. It looks like that volleyball is heading straight for me. Hence the look of terror on my face. You don’t know competition until you are in the pool with a group of successful, attractive (well-built) gay men, each determined to be more fabulous than the next. Ahh, Good times!

Somewhere along the line we decided to make these parties not just a way to celebrate friendship, but a way to give back for all the happiness and prosperity that the hard work, luck and blessings that we can never really understand, have brought to our lives. So the Three-Way became a charity event.

As we get older the hullabaloo attached to this annual event has died back a bit. But the of friendship is still there.

Which means I am rather busy this weekend. I recently partnered with Recipe 4 Living for a post about grilling scallops. So in return I asked Emilie, an editor for the blog there, to stop by and “man” the Memorial Day grill around here. I have beer to drink and volleyballs to duck. See ya next week. GREG 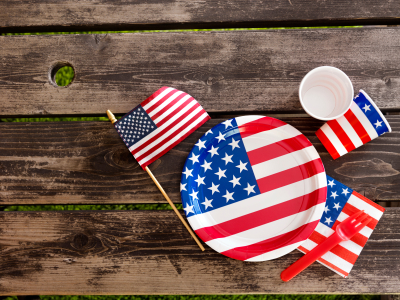 Happy Holidays, all! I’m Emilie from the blog Chew on That.   I don’t know about you, but Memorial Day is a holiday where my friends and I bust out the beer pong table, grill up some grub and make several (if not many) bad decisions. Although you don’t want people who have consumed too much alcohol to operate the grill, there is no reason you can’t cook with beer. Greg has made a ‘Fat Tire’ Ale-Braised Short Rib Sandwich in the past, and I am personally aware that some things are much more interesting with beer…even some people! Read on for our favorite beer-infused and liquor-laced grill goodies and side dishes: no matter what your beer of choice, there is a recipe to pair with it!

German Potato Salad with Beer Dressing: Tested by many of our readers, some people prefer pepper as a substitute for the Tabasco sauce. I personally like everything a bit spicy, but to each his own! Tweak this recipe as you feel necessary; be aware that it makes a heck of a lot of potato salad!

Bratwurst in Beer with Sauerkraut Relish: Flavorful, marinated brats are grilled and served on rolls or buns with homemade sauerkraut relish. I can’t think of anything better on a warm day with friends; expect maybe a competitive game of Flip Cup. My team wins every time. 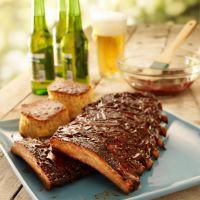 Beer and Molasses BBQ Sauce: This is a tangy sauce for grilled chicken or ribs. You can build up a shiny glaze by brushing the sauce often over the meat, beginning about 15 minutes from the end of cooking time.

Beer Lime Grilled Chicken: Who doesn’t desire a Pale Ale on a hot day? Grilled chicken with a combination of beer, lime juice and spices makes for a party in your mouth. The party in the yard will be jealous.

Brats and Beer on the Grill: Some people may scoff at a light beer, but that’s what’s best for this succulent recipe. It makes me want to head up to the woods of Wisconsin with a burly lumberjack. At least for the weekend…

Grilled Beer Chicken: This is a recipe a ranch hand! The ‘garlic on the coals’ trick will probably bring your neighbors over, so beware…this one goes fast!

Beerballs: Meatballs doused in beer with a touch of Worcestershire? Come on, now. Don’t tease me. Make these for your party and make sure we’re on the guest list. These are a favorite with just about everyone.

Buffalo Beer Chili: Buffalo meat is an excellent alternative to beef because it is much leaner and has less fat. If you can’t find buffalo meat, you can use ground turkey. Easy as that!

Kentucky Beer Cheese: Beer cheese is unheard of in most places. In Kentucky, it is almost a staple item. This recipe is one of the best we’ve tried. Serve with your favorite crackers (I am partial to a salty original Triscuit) or some veggies (carrots and celery do the job just fine).

Beer Batter Onion Rings: We stick with Bass; you can tweak this baby to your liking. One of my favorite types of beer is Old Rasputin; it’s a bit weird and deep and wacky like the famous ‘mad monk’, but it’s worth experimenting with this recipe for kicks! Don’t mind if I take a couple more sips of beer while we wait…

Looking to take your beer party to the next level? Take a look at some of the Memorial Day drinking games we love:

This game is for the troopers who don’t have kids or jobs to go home to; you know, the ones you have to push out of the house at 4AM!

For this game, you will need 35 Cups: 15 Red, 11 White, 9 Blue; 2 Ping Pong Balls; 1 long table
Instead of the typical triangle pong set-up, use the red, white and blue cups to create an image of the American flag:

Rules of the Game: This game is like typical beer pong, only you get no re-racks. Upping this game from the typical 10 cups (to 35) should definitely keep this game going on for a while; again, this is for those troopers who see your party on through the end of the night!

While many of us celebrate this day with booze and food, we can’t forget what it represents.

Most of all, salute those who defend our country. That is why we are free to enjoy the day off work, soak in some sun and enjoy wonderful food with our families and friends. Emilie 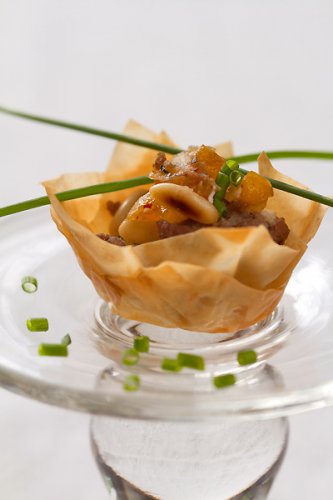 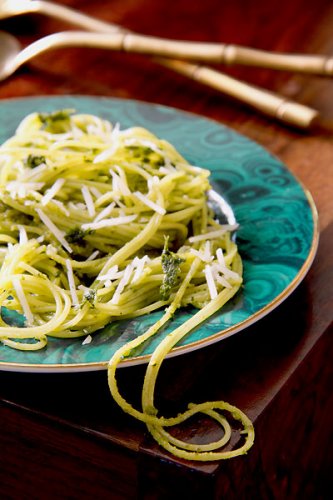