Blondies Get My Goat (Cheese)- Chevre Blondies with Chocolate Chunks 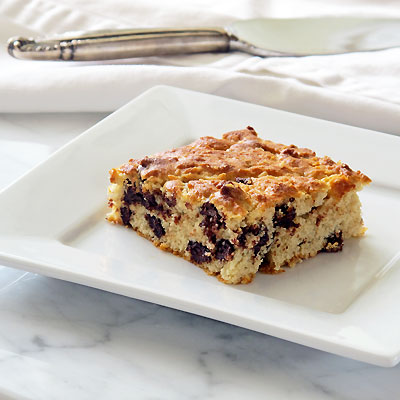 Goat Cheese Blondies. This Billy goat is not as gruff as you might think!

Because this Billy goat blondie has chocolate chunks in it too. In fact you can call this Billy goat chevre if it makes the idea of swallowing a dessert bar made with goat cheese any easier.

Besides, this recipe defies expectations. That is if you ever had any expectations regarding goat cheese blondies.

In general blondies (despite their name) are the far less glamorous sister to the deep dark chocolate brownie. Even good blondies feel like an afterthought to me. Like you didn’t have enough inspiration to make anything better. Or maybe the pantry was a bit bare…

In fact I could have gone the rest of my life without ever making blondies and not felt like I was missing out on one single thing. That is until I came across the blog Real Food Has Curves. First. Yes I knew that. Food should have curves. Food should throw curveballs even. So I already liked this blog just from its name. 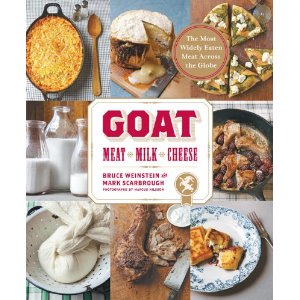 Further investigation tells me that this blog is a cooking blog by Bruce Weinstein and Mark Scarbrough, “the most published cookbook team in North America”. Really? The most published? I don’t even have one cookbook from their massive list of titles. Which made me feel like I’d discovered a banger of a party only to find out that I was not invited. I don’t like that feeling. I must crash this party now.

Especially since their latest cookbook is dedicated to all things goat. I love goat. Horns to hoof– teets to trotters. I have eaten goat and goat cheese since I was a kid (pardon the pun). Chevre Chaud may have been the first bit of “fancy” cooking I ever attempted.

But it was the boys from Curves that inspired me to punch up a classic blondie with goat cheese. They did it first. I just copied them. You could say I was inspired by them, but I’d say I adapted from them. And I had to. They write cookbooks for a living but getting a straightforward, simply written recipe from their blog was a bit of a curveball. Maybe they were hoping I’d just buy the book… But I persisted and the version you see here is what I cobbled and edited from their terrific blog. I admire cooks that keep me on my toes.

You see when it comes to blondies I like the idea of adding goat cheese. Goat cheese gives a twist to traditionally dull blondie and adds a savory element. Making this little treat fall into the not-too-sweet dessert category. My favorite dessert category.  But if you are still wondering what the heck this thing tastes like, let me just say this. If I didn’t tell you there was goat cheese in it, you’d probably never guess. Though there certainly is a noticeable tang. But it’s a sweet and salty– slightly sour sort of tang. A bit indefinable, but very pleasurable.

Buy the Book Goat: Meat, Milk, Cheese here. I was not compensated to pimp this book. But after I stole their idea I figured it was the least I could do. 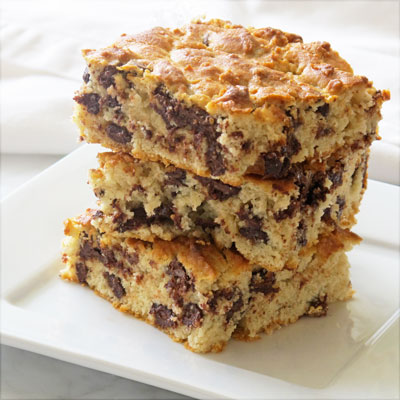 Preheat oven to 350 degrees F. Butter the bottom and sides of a 9x13 inch baking dish. Set aside.

In the bowl of a stand mixer fitted with a paddle attachment cream the chilled goat cheese, chilled butter and both sugars on medium-high speed for 6 minutes. Starting with cold ingredients builds structure and allows you to beat in a lot of air. So run the machine the full 6 minutes.

In the meantime mix the flour, baking powder and salt together in a bowl.

Once the butter and cheese are fully creamed they will be light in color with a slightly broken appearance. This is good, the air I mentioned has transformed the sugars. At this point lower the speed and beat in eggs, egg yolk and vanilla until just combined. Turn the machine off and scrape the sides of the bowl.

Fold in the flour mixture in three divisions. Followed by the chocolate chunks. Spread the thick batter into an even layer across the prepared dish.

Bake about 30 to 35 minutes, until a knife inserted in the center comes out clean.

Cool on rack, then cut into 18 squares. May be store covered up to 4 days. 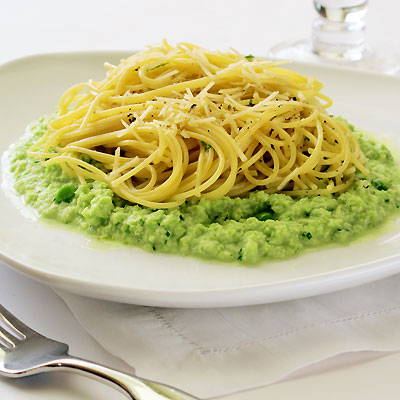 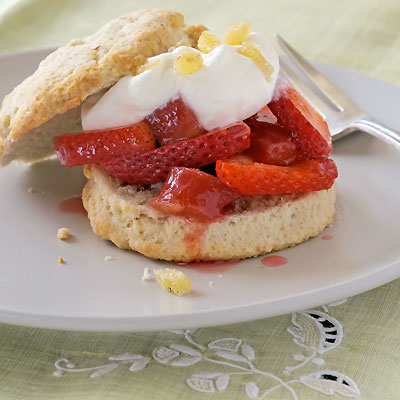