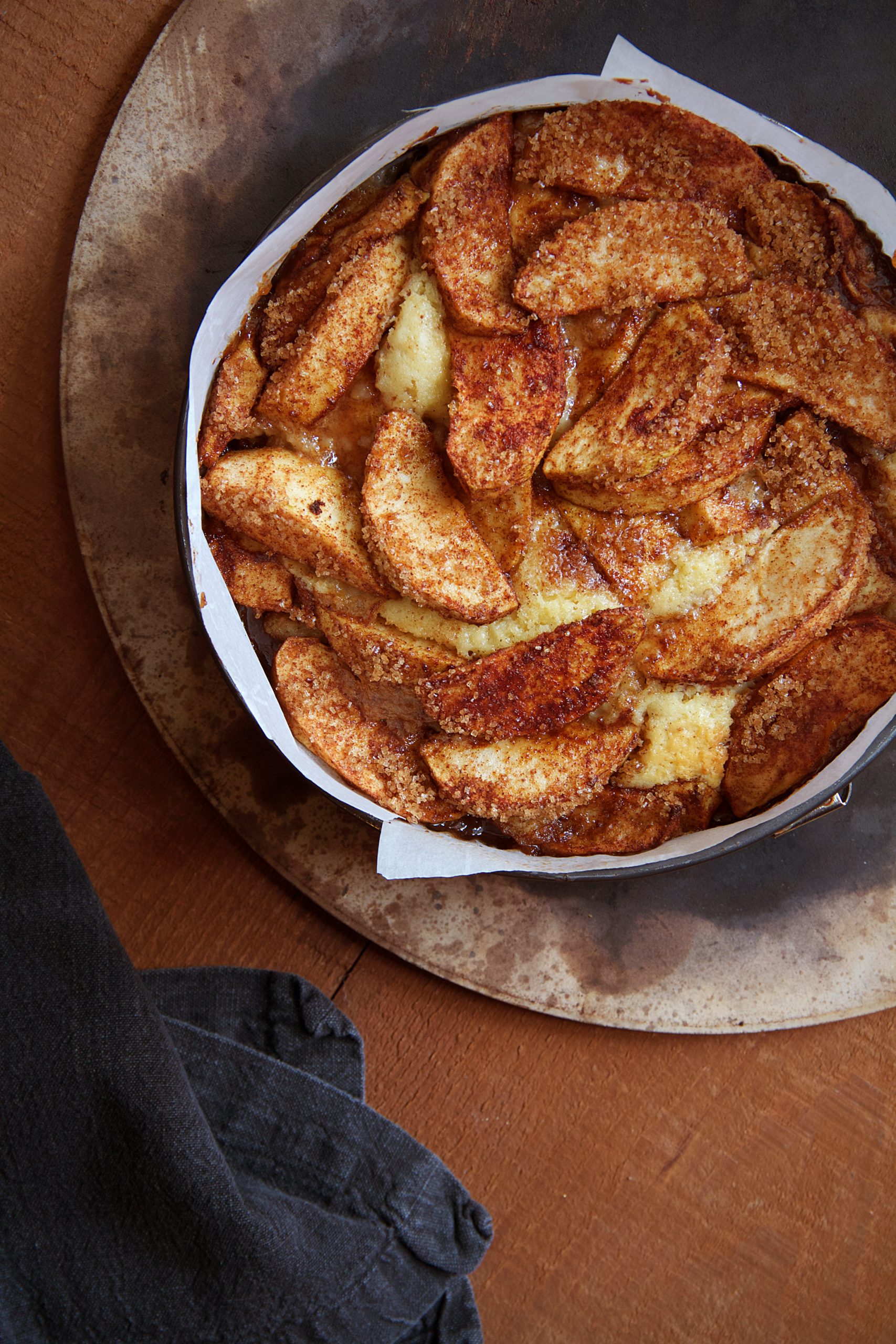 My mouth is famously deviant. At least in my own mind it is. This admission shouldn’t startle you. There’s no need to suggest a therapist or, worse, call the cops. No, my only anomaly is the big hole under my nose. The rest of me has no trouble following the guidelines of decent society. This cake is the perfect example. At first glance it seems like a classic. The version I’m most familiar with is the cinnamon-spiced, apple-topped German version known as apfelkuchen. But the cake you see here has a pungent little secret that sets it apart from other fruit-topped cakes. This cake is unexpectedly sweet, sour, bitter, pungent, and salty. That doesn’t sound like I’m describing a typical cake. Then again this Chinese Five-Spice Apple Cake is hardly typical. That’s because Chinese five-spice powder is a mixture more commonly used to season savory meats and vegetables in Asian cooking. But I find it a beguiling partner to a lot of different sweet treats too. Because it magically captures the full spectrum of flavors. Giving this sweet Five-Spice Apple Cake the savory allure of umami.

Five-spice may sound like a curious addition to most desserts. Yet, to be fair, acceptable flavor combinations are as much a matter of convention as anything else. In my house convention is in the mouth of the beholder. After all, cinnamon is a major component in most five-spice powder mixtures and we all know cinnamon is a very apple-friendly spice. Five-spice, like cinnamon, lends a nice warmth but with a more sweet, sour, bitter, pungent, salty complexity. So quit worrying about me. I’m not that strange. GREG

This cake is best served within 24 hours of baking. 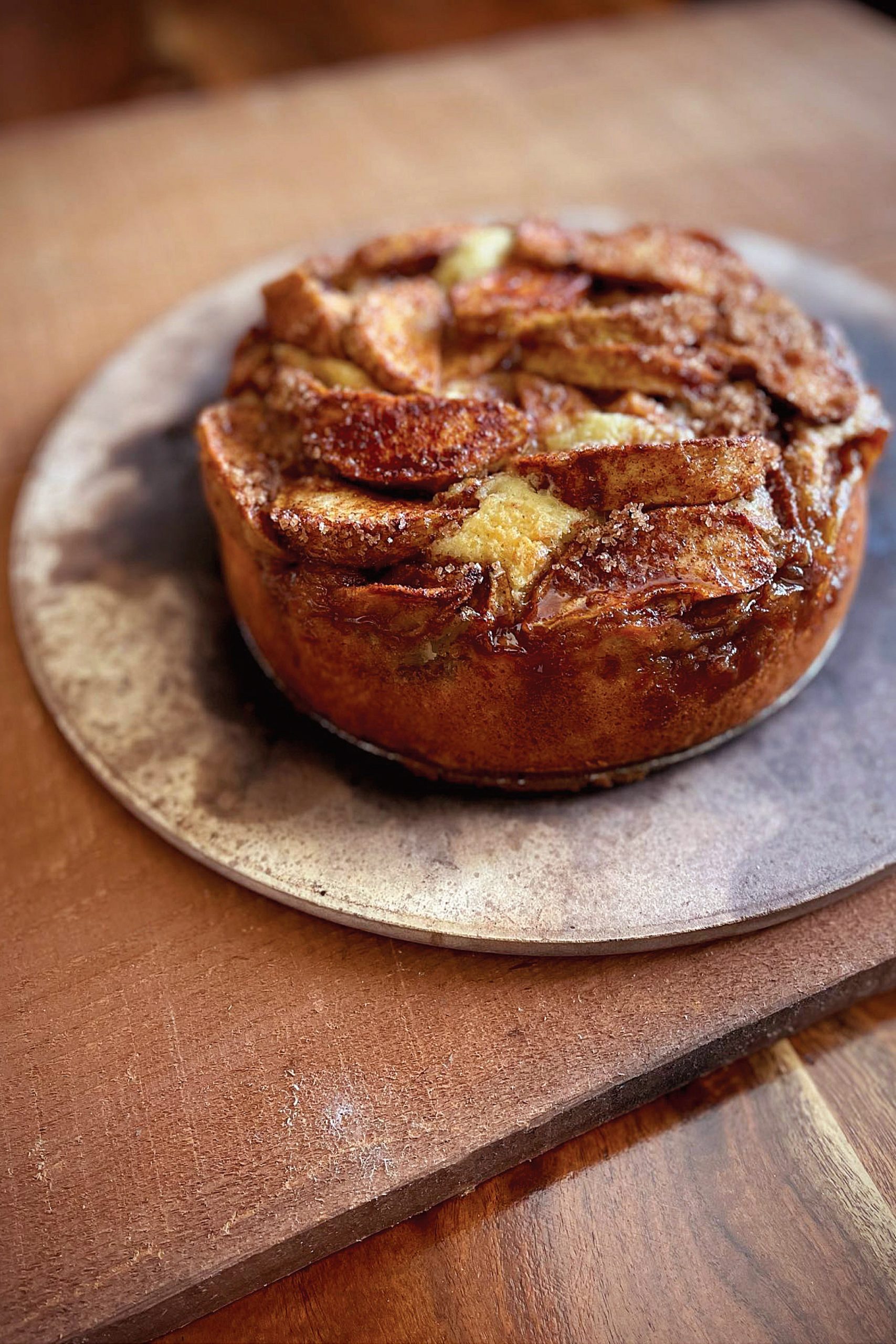 Place the oven rack in the center position and preheat the oven to 350 degrees F.

In a medium bowl sift together flour, baking powder, and salt. Set aside.

Using and electric mixer cream the butter and granulated sugar together in a large bowl until light and fluffy. Add the eggs and vanilla, a little at a time, mixing until well incorporated.

Using a rubber spatula beat the flour mixture by hand into the butter mixture in several batches alternating each addition with some of the yogurt until all the flour and yogurt are just combined into a smooth batter. Spoon the batter into the prepared cake pan and set aside.

Place the apple wedges in a large bowl. Stir in the demerara sugar, five-spice powder, and cinnamon until the apples are evenly coated. Spoon the apples over the cake. There should be as few spaces as possible between the apples but don’t press them too deeply into the batter. The cake will rise in baking and envelop most of the apples.

Bake the cake for 60 to 65 minutes. The cake is done when you jiggle the pan but the center does not wobble much.

Remove from oven and cool on a rack for at least 30 minutes before removing the cake from the pan and carefully peeling away the parchment from the sides and bottom of the cake.

Use a serrated knife to cut the cake into slices, then serve the cake warm or at room temperature. 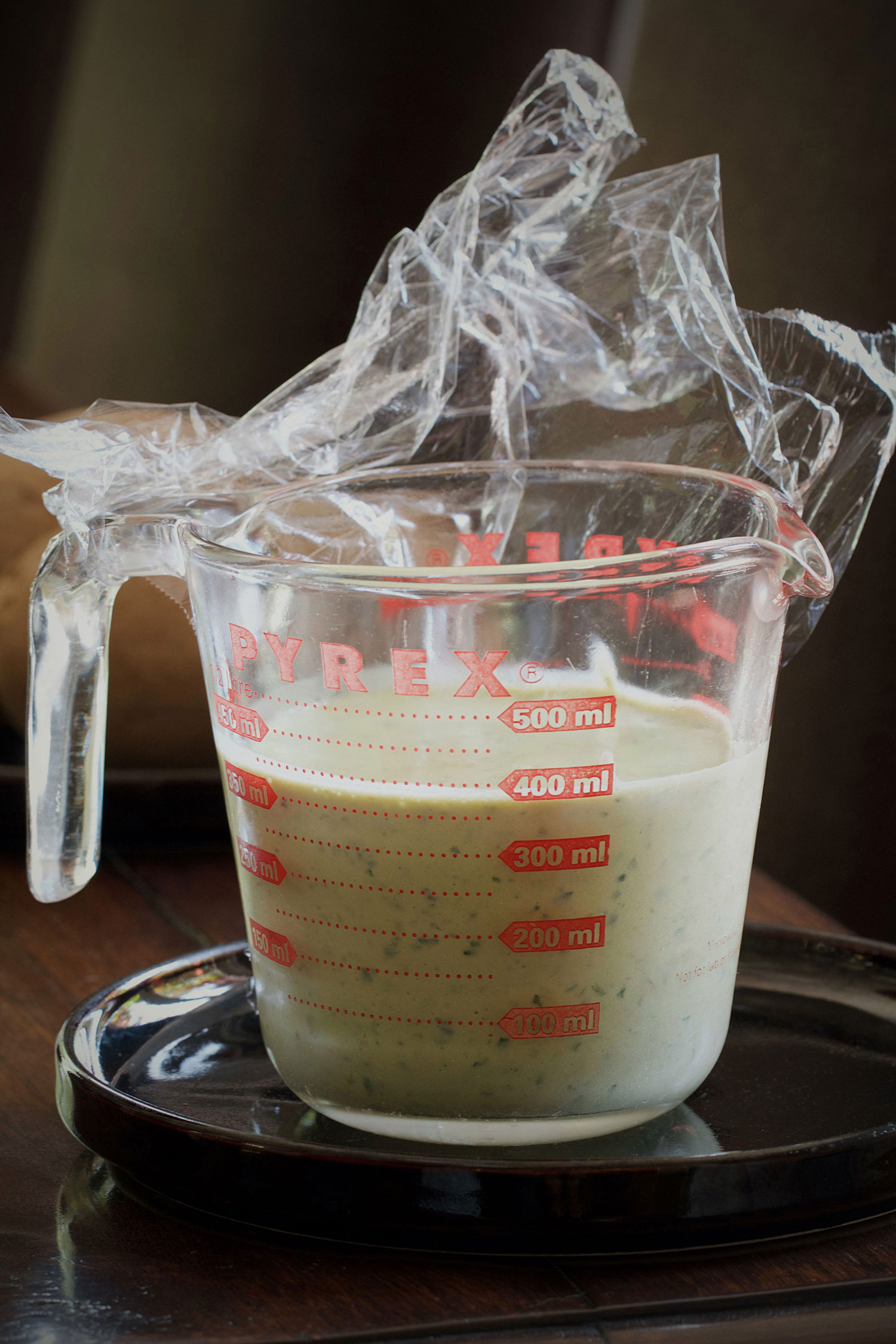 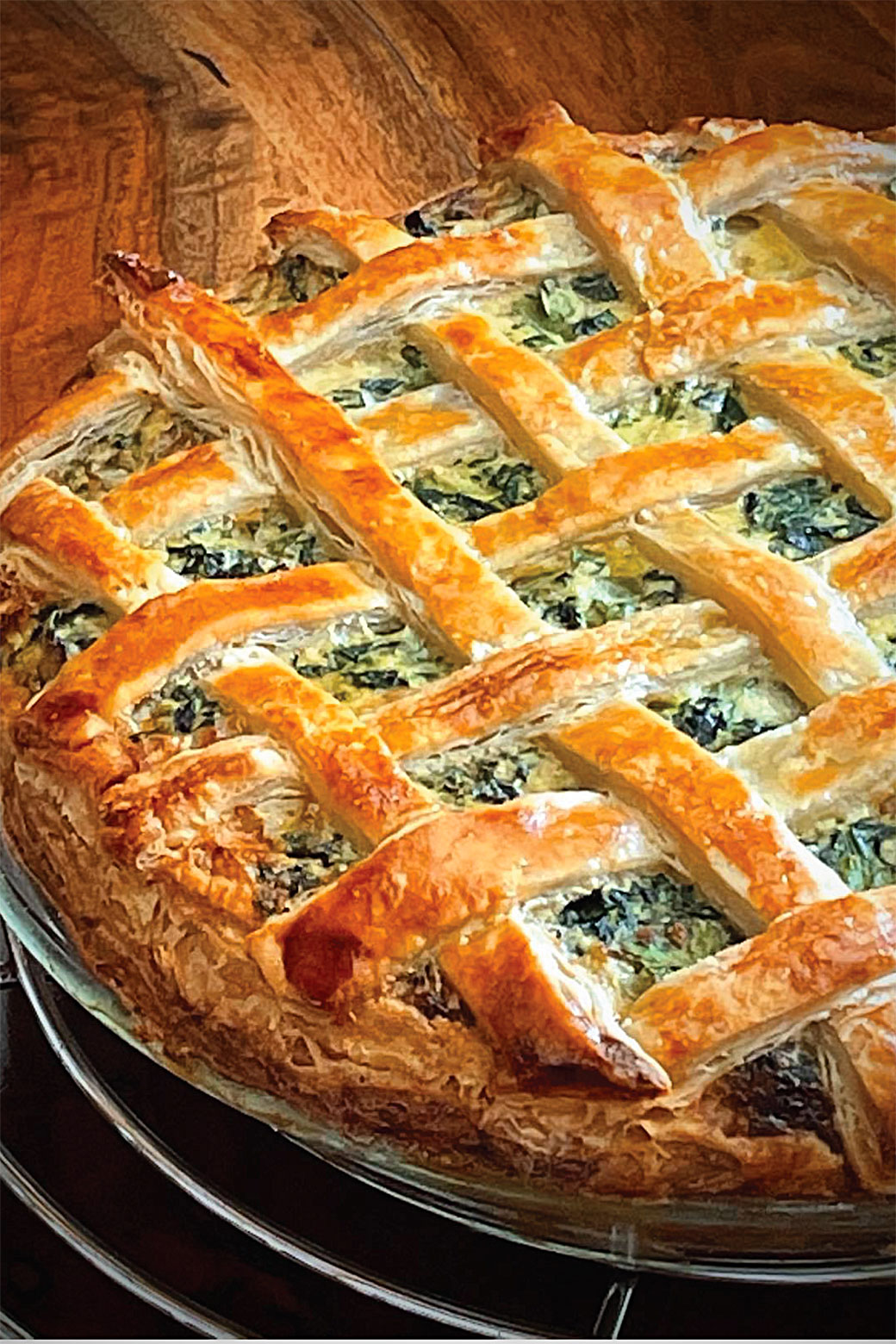 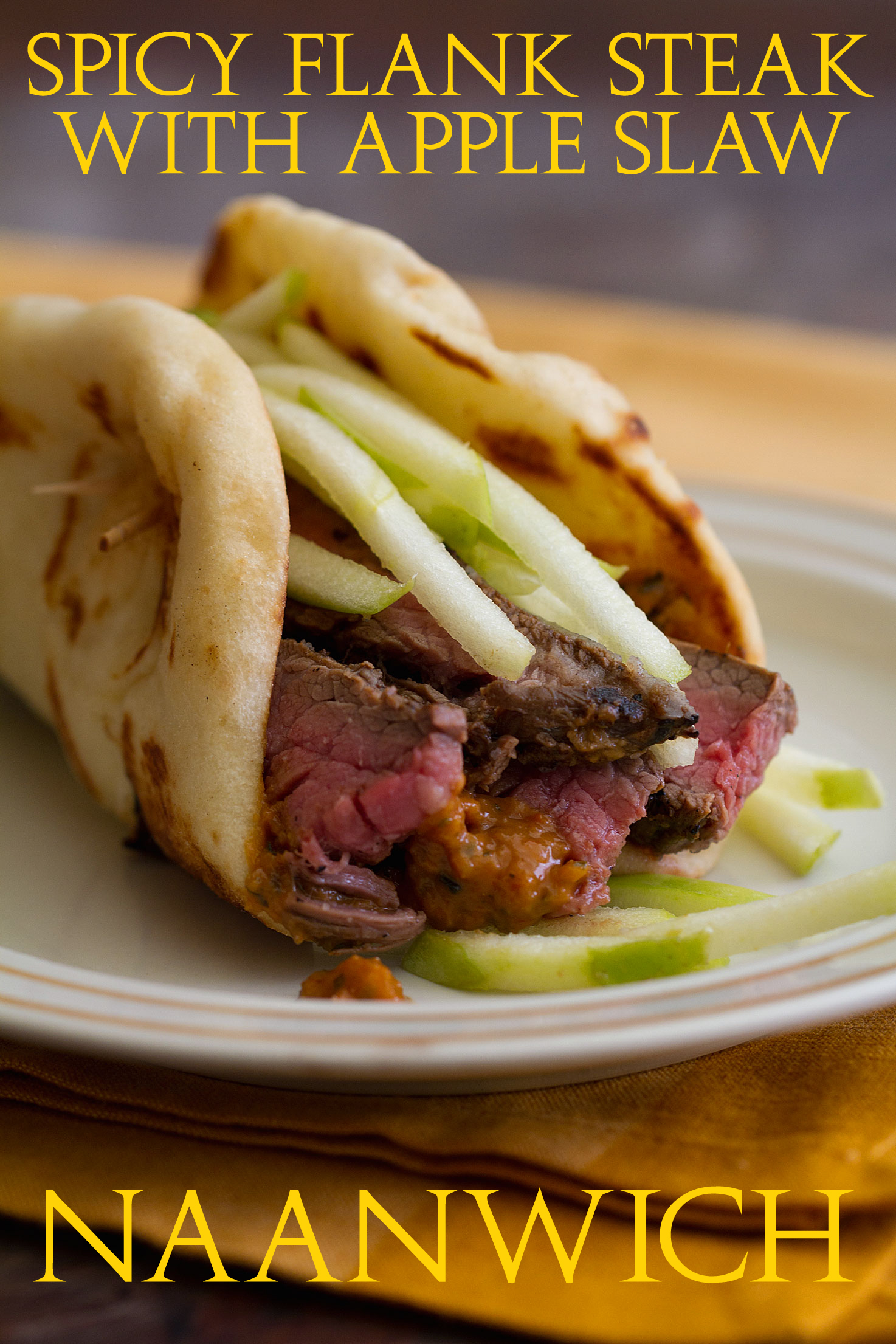