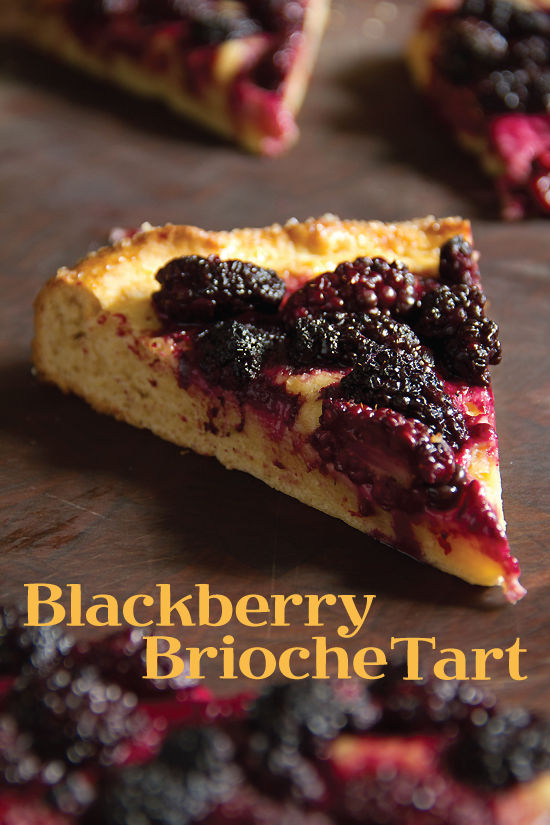 Sometimes I carry things around in my head never knowing when they’re going to pop up, or maybe (as you’ll see) I should say boil over. This Brioche Tart is one of those things.

Several years ago I came across a hilarious story in the LA Weekly about how Nancy Silverton burned the HELL out of Julia Child’s mouth during a cooking segment of the show Julia Child’s Baking Series. Nancy was making a Crème Fraiche Custard Brioche Tart with warm fruit compote. Well more like a boiling hot fruit compote. I remember the story more than I remember the tart or even the recipe. The story was good for a chuckle, but I never really considered making that Brioche Tart or any Brioche Tart. I’m not much of a baker, and yeasty preparations especially fill me with terror. Still, I carry that vision of Julia’s scalded tongue around with me nonetheless.

Fast forward to yesterday. I popped into the blog, Butter and Brioche. The beautiful photography has been catching my attention lately and I enjoy seeing what’s going on over there. Well, I found (of all things) a Brioche Tart. Naturally, the Julia Child story came to mind, so I was predisposed to like this tart. I also liked the blogger’s attitude about yeast, it reminded me of my own trepidations. So I looked at the recipe. It was much simpler than many of the traditional brioche recipes I’ve avoided over the years, so I thought– why not?

The Butter and Brioche blog recipe calls for fresh strawberries and labne (strained yogurt). There’s no way I’m going to press yogurt through muslin to remove the whey, so I almost abandoned the project. However, I did have fresh blackberries that needed immediate attention. So some changes were in order. Enter Nancy Silverton and the memory of her blazing hot Brioche Tart. Which got me on Google. I soon found Nancy and Julia’s recipe. The brioche crust required sponge starters and hours and hours of preparation. So I opted for the simpler, orange-scented version I found at Butter and Brioche.

However, I did adapt the assembly method from Nancy, which requires a ring mold to keep the brioche rising up rather than out. I know ring molds sound fussy, but I like the way her version makes a crown around the edge of the tart. As I said I had fresh blackberries, which I’m sure you know get rather runny when baked. As I also planned to skip the crème fraiche and/or labne, I figured the rim would help corral the juices.

This is what I came up with. Imagine a piece of orange-scented, buttery brioche, topped with fresh blackberry jam. GREG 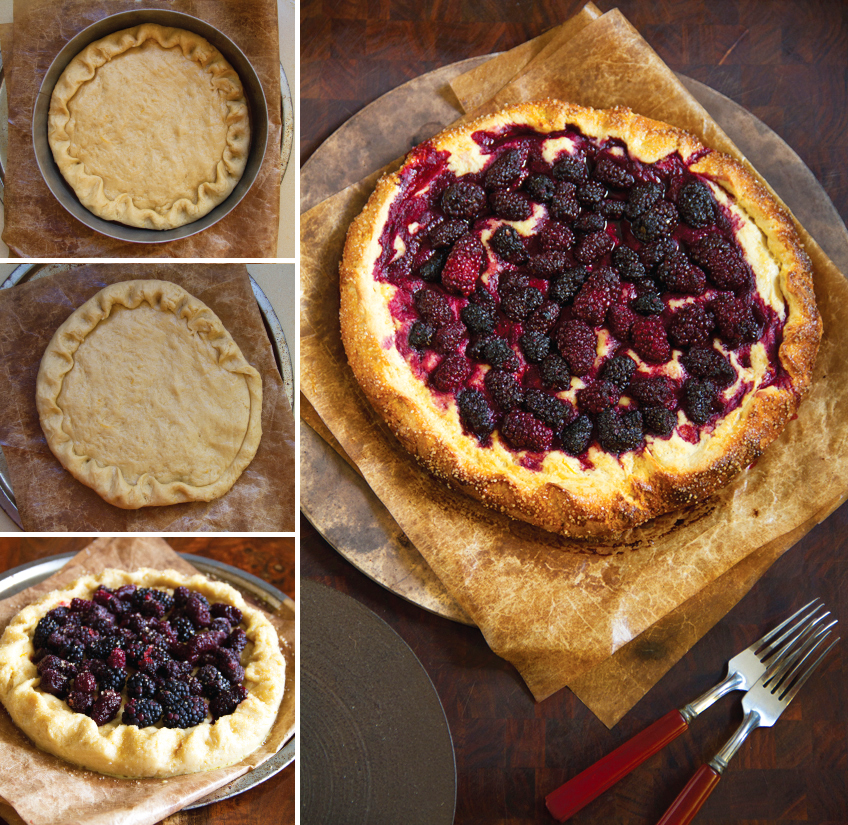 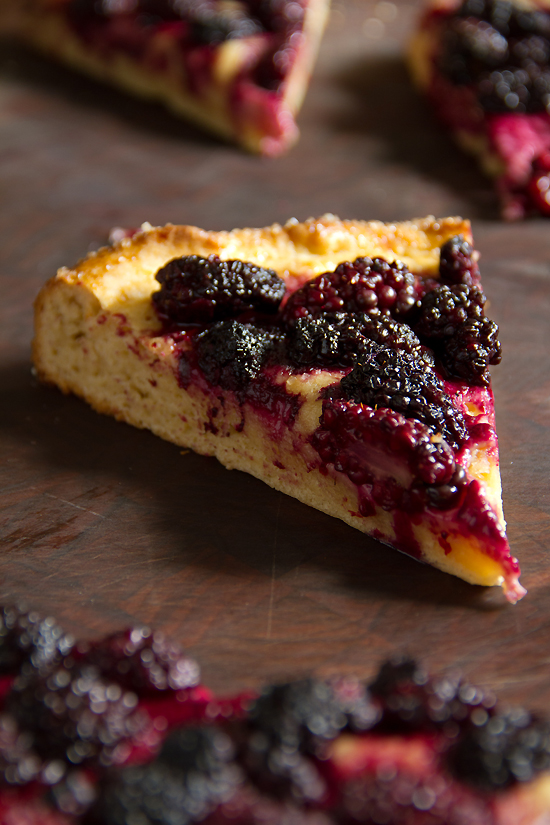 Place yeast into a small bowl; set aside.

In a small saucepan heat milk over low heat for just a few seconds until lukewarm, about 110 degrees F. Remove the pan from the heat and stir the milk into the bowl with yeast. Let stand until foamy, about 5 minutes.

Using an electric mixer on medium-high speed, beat room temperature butter and brown sugar until fluffy. Lower the speed and mix in egg, orange juice and half the zest.

With mixer running sprinkle in ⅓ of the flour until just incorporated. Add the yeast mixture and remaining flour, mix until a soft dough forms and begins to pull away from the side of the bowl.

Turn dough out onto a floured surface and knead 20 or 30 times to form a smooth ball. Add a teaspoon or two more flour if the dough is especially sticky. Place in a lightly buttered bowl, cover and let stand until doubled in size (1 to 2 hours).

Line a baking sheet with buttered parchment. Butter the inside of a 9‑inch ring mold.

Move the dough ball to the prepared parchment-covered baking sheet and flatten into a 5‑inch disk, then using your fingertips press the dough into 11-inch circle. Center ring mold over dough (there should be about a 1‑inch border all around the ring mold). Press the ring mold lightly into the dough to make a crimping guide. Remove ring mold and roll the edge of the dough inward using the crimp line as a guide. You should have a 9‑inch disc with a raised lip. Press your thumb at regular intervals around the rolled lip to decoratively crimp and seal. Slip the ring mold over the disc, it may take some gentle prodding to fit it neatly inside. Let rise, uncovered until doubled in thickness (1 to 2 hours).

Once the dough has risen for the second time, use your fingertips poke little wells all over the bottom of the dough, avoiding the raised rim. Spoon the blackberries and all the juices into the center of the dough round in as close to a single layer as possible, avoiding the raised rim. Gently remove the ring mold and brush the exposed dough with egg wash. Sprinkle entire tart with turbinado sugar and bake in the heated oven until the brioche is puffed and golden brown and the blackberries are bubbling, about 25 minutes.

Remove the tart and allow it to cool on a wire rack while still on the baking sheet. Slice and serve. 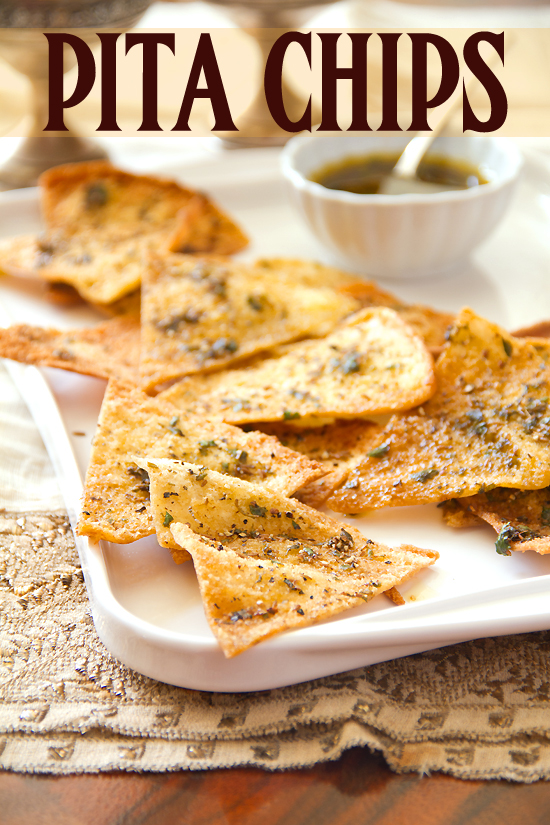