Well, how about Polpette di Fagioli Rossi in Salsa Picante? That sounds a bit more appetizing, or at least a bit more glamorous, yeah? Because this is a blog, right? Aren’t I supposed to make things sound appetizing? Yeah… in theory I suppose.

Still, no matter how you slice it– Polpette di Fagioli Rossi is just a fancy name for Red Bean Balls. You can call them what you like. You don’t need me to make them sound delish. They ARE delish. Besides, does what I say really make one whit of difference? You see lately I have been feeling like calling things as they are. Red Bean Balls in a Spicy Sauce. There I said it, in plain English.

Let me also say that I am aware of my belligerent attitude. I am sure you’ve noticed it too. I think I am having a mid-life crisis– and by “me” I don’t mean ME. I had my mid-life crisis at age 12. Gay people are forced to look reality hard in the face at a very young age. Even before they fully understand what it is that makes them different. So gay kids have two choices (or at least gay kids from my generation). These choices are simple and they contain a lesson that applies to so many aspects of life. These choices are put up or shut up. 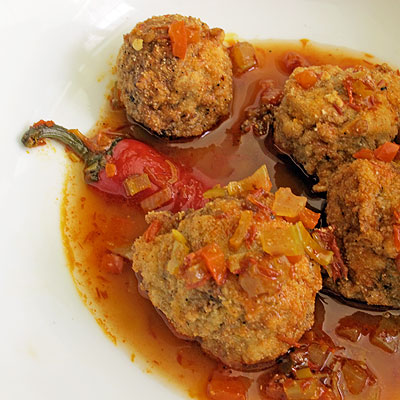 Shutting up opens the door to a lot of self-denial and in some cases even self-hatred. Meaning a crisis of self-image is possible even before puberty. Because no matter what your age, a mid-life crisis is really just a feeling of loss. A feeling that your self-identity has somehow gotten muddled.

But putting up means accepting yourself (no matter how privately or how painfully).

What I am trying to say is this. SippitySup is having a mid-life crisis. It’s almost 3 years old. Or at least it was conceived about 3 years ago. Its birth wasn’t until November, ’08.

Now I have never been pregnant. But I have seen expectant parents talking to their unborn babies plenty of times. So I can see how you can already get to know and love something well before its actual debut to the world. So in my mind, Sippity Sup is 3 years old.

3 years old for a blog is indeed mid-life. Heck, many (most??) blogs don’t even live that long. So it’s understandable that maybe Sup! is feeling a bit lost. Maybe even a bit belligerent. I can hear Sup! whining too– in the most unattractive way: “What’s the point of blogging? It’s the same thing day after day. Nobody cares. The world won’t stop if this blog ended. Woe is me. The end is nigh”.

Now if that attitude doesn’t just scream “crisis of self-image” I don’t what does.

In fact, that kind of attitude sounds a lot like “shutting up” (or shutting down) to me. So I am going give old Sup! a bit of advice, before he gets too boring for words.  And that advice is simple. Put up or shut up, there’s a lot of great stuff ahead.

I think Barbra Streisand said it best in Funny Girl…

I’m gonna live and live NOW!
Get what I want, I know how!
One roll for the whole shebang!
One throw and that bell will go clang,
Eye on the target and wham.
One shot, one gun shot and bam! 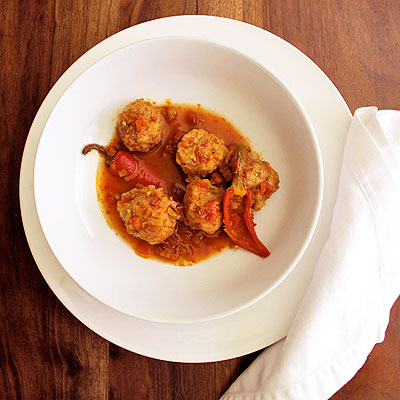 Brown the pancetta dice in a medium saucepan set over medium-high heat, about 8 minutes. Drain away most of the fat. In a food processor pulse the beans 8 or 10 times, scraping the sides of the bowl once or twice. They should remain quite chunky. Remove half the beans to a large mixing bowl. Puree the remaining beans, then scrape them into the same bowl with the chunky beans.

To the bean bowl add the browned pancetta and about 1‑tablespoon of its fat, the remaining olive oil, egg white, 1/4 cup (or less depending on wetness of mixture) semolina flour and about 1/4 teaspoon salt; blend the mixture together with your hands. Do not overmix. Form this mixture into thirty 1‑tablespoon sized balls. They will be sticky, but be diligent.

In a large non-stick or cast iron skillet, heat the canola oil over medium-high heat. Fry the balls, in batches, rolling them around in the skillet as they cook to brown well on all sides. About 3 to 5 minutes per batch. remove them as they finish to a paper towel lined tray. Season them with salt while still warm.

Reheat the sauce. Serve red bean meatballs in shallow bowls drizzled with some of the sauce. 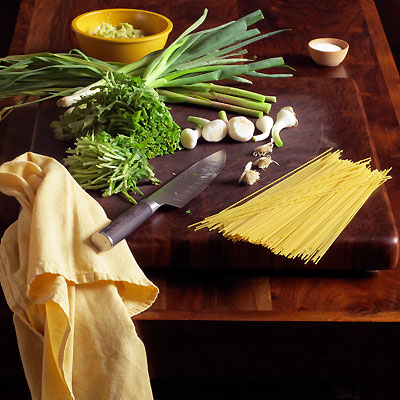 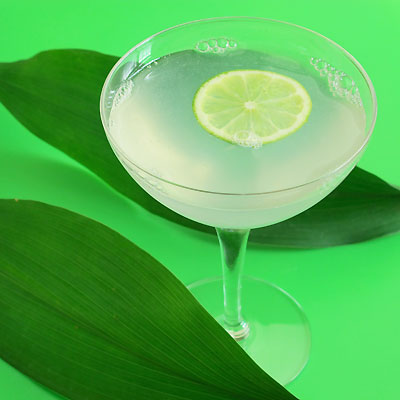