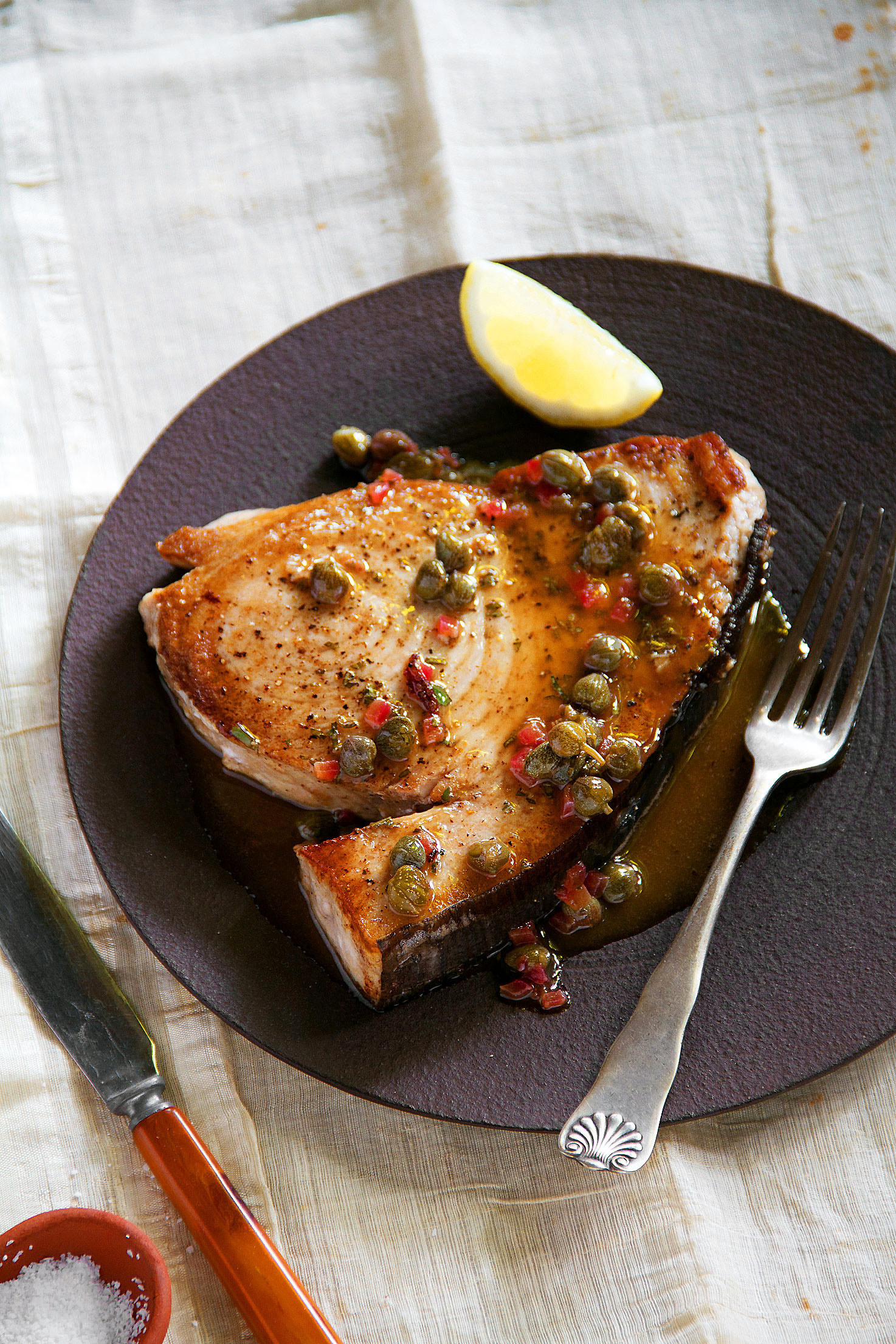 Pan Seared Swordfish with Lemon Caper Sauce. Learning to make a simple pan sauce is the highest yielding 25 minutes you’ll ever spend in a kitchen.

Brine the swordfish: Brine the fish in a mixture of ¼ cup salt and 6 cups icy water. After about an hour remove the fish from the brine, pat it dry with paper towels, and place it in the refrigerator for at least six hours or up to overnight.

Start on the stovetop: An hour before cooking remove the swordfish fillet from the refrigerator and let it come to room temperature. Preheat the oven to 400 degrees F.

Just before cooking season the fillet with salt and pepper. Heat a large cast iron or non-stick skillet over medium-high heat. Add canola oil and butter to the pan. Once the butter begins to foam, add the seasoned fillet and also the garlic cloves and woody herbs (if using).

Place the swordfish in the skillet and cook until lightly browned about 2–3 minutes. Flip the fish over and remove the skillet from the heat.

Finish in the oven: Place the fish in its skillet in the heated oven and cook 3–4 minutes. Remove skillet from the oven and let it rest 2 minutes and then use an instant-read thermometer to check the interior temperature of the fish. Your goal is 118 degrees F. It probably won’t be there on the first temperature check. In which case return the skillet to the oven for a minute or two and repeat the process until the correct temperature is achieved.

Transfer the cooked swordfish to a warm plate. Remove the herbs, garlic (if using), and most of the fat from the sauté pan.

While the pan is still hot, melt 1 tablespoon of butter, and sweat the shallots until softened about 30 seconds. Deglaze the pan with the white wine, and return the skillet to medium-high heat to reduce by half.

Lower the heat to medium. Add the capers and lemon juice, and cook for 1 minute.

Take the pan off the heat, and add in the remaining 6 tablespoons of butter, 1 tablespoon at a time, swirling the pan continuously to emulsify the butter.

Spoon the sauce over the fish, and garnish with a lemon wedge. 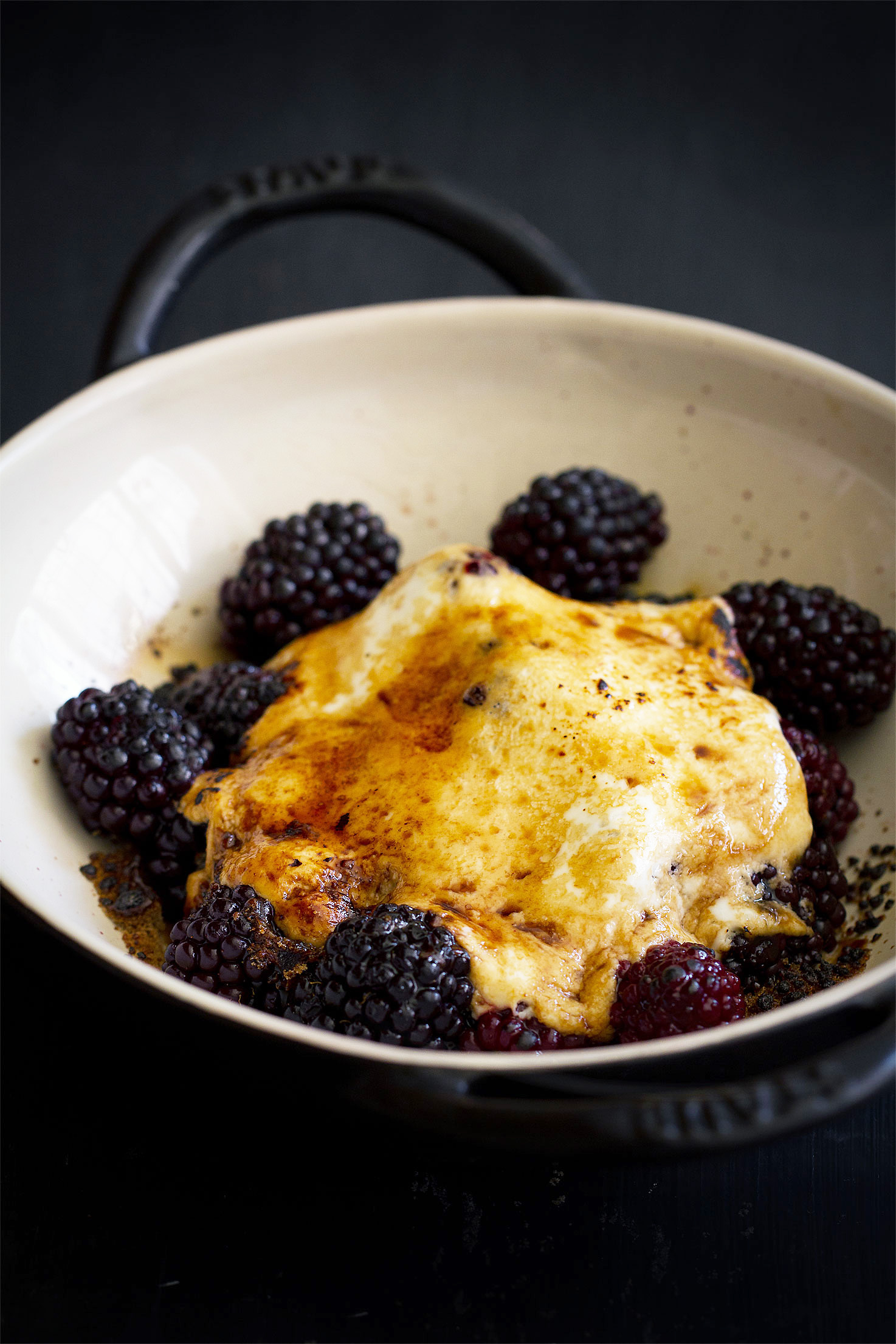