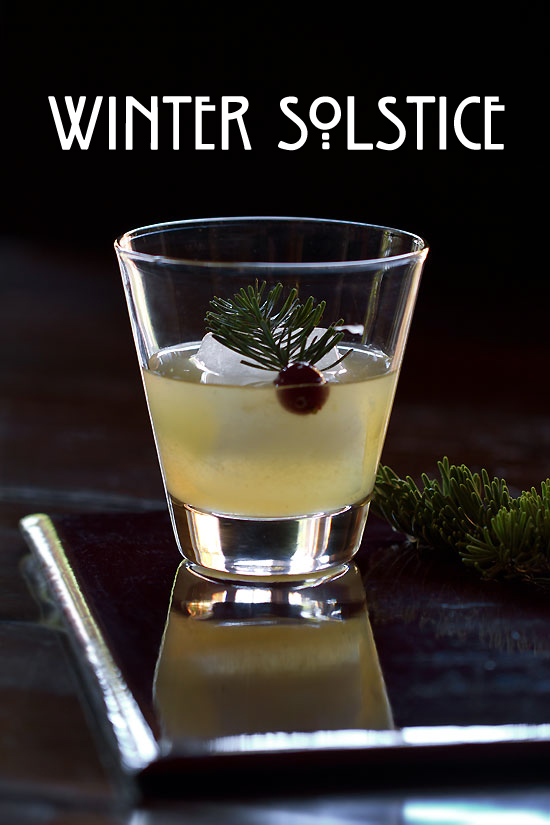 FOS Greek Mastiha is a unique Greek liqueur made from the mastic trees (Pistacia lentiscus) found on the Greek island of Chios. Mastic has a haunting, slightly sweet flavor with the same menthol notes found in anise and mint. It was once used to flavor the chewing gum favored by the ancient world (even Socrates needed minty fresh breath to sweeten his oratories on ethics). However, mastic is neither spice nor herb. It’s a resin made from the sap of an evergreen shrub. It’s a well-known ingredient in Greece, but I’ve never seen mastic mentioned by name on a restaurant menu and I doubt my local Piggly-Wiggly carries it.

I was unfamiliar with the ingredient, so when I heard I was being sent a complimentary sample of mastic-flavored liqueur the first thing I thought of was bathroom grout. Which isn’t exactly a culinary treat. But let me tell you this about mastic – more lyrically known as Mastika or Mastiha in Greece – its sweet herbaceousness makes it the perfect flavoring for a sophisticated liqueur.

When you think of a Greek island you think of balmy breezes and blazing sunshine. At least I do. Considering this liqueur’s provenance I was prepared to develop a cocktail that was light, citrusy and maybe even a little bubbly. Something like a French 75 with a splash of Mastiha. The kind of thing you might sip on a veranda overlooking the Aegean at sunset. What’s not to like, right? FOS Greek Mastiha would be a delightful aperitif for those possibility-filled summer hours between sunset and dinner. 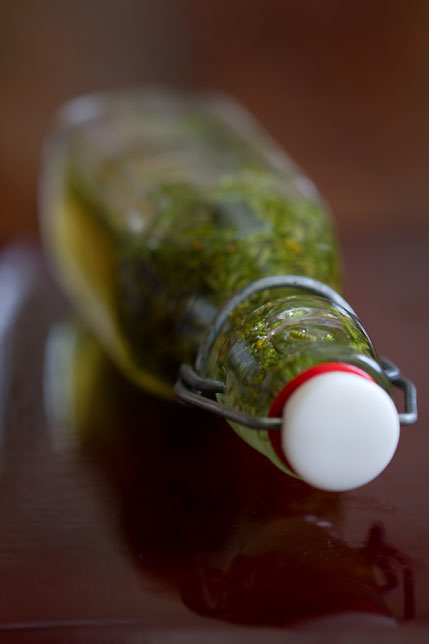 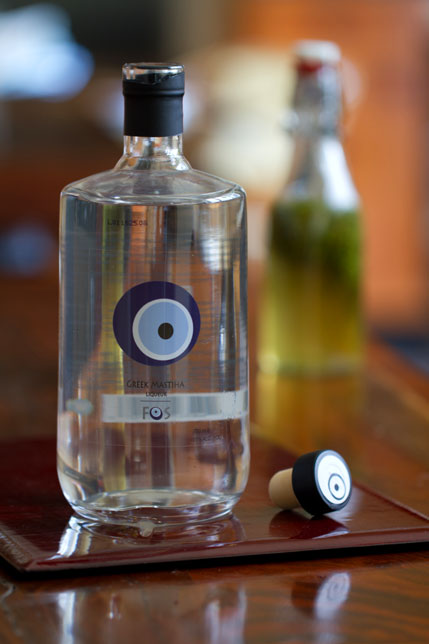 However, when I did a preliminary tasting of the sample of FOS Greek Mastiha sent to me, the first thing that came to mind was pine cones and the upcoming winter solstice. Maybe it’s just the season that set my palate in that direction, but I decided to accentuate the slight hint of resin in this liqueur in a cool weather sipper made from dark spirits and a handmade spruce-scented simple syrup. Something more appropriate to the crackle of a log in the fireplace than the ebbing flame of a golden Greek sunset. 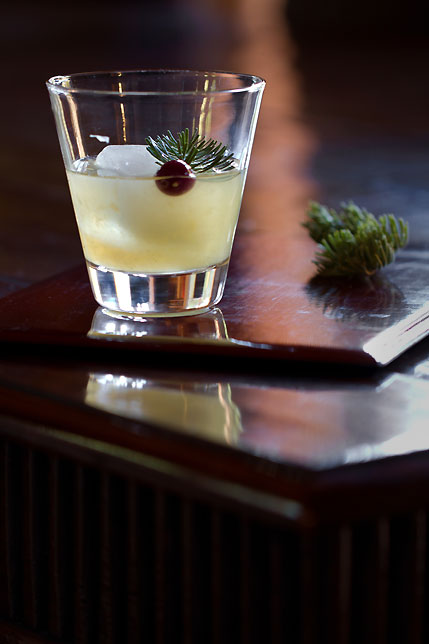 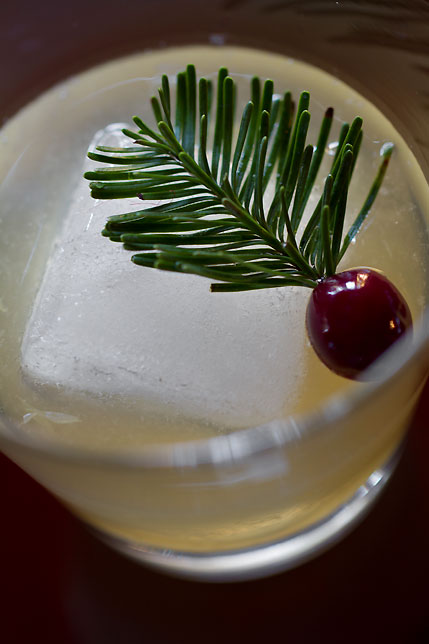 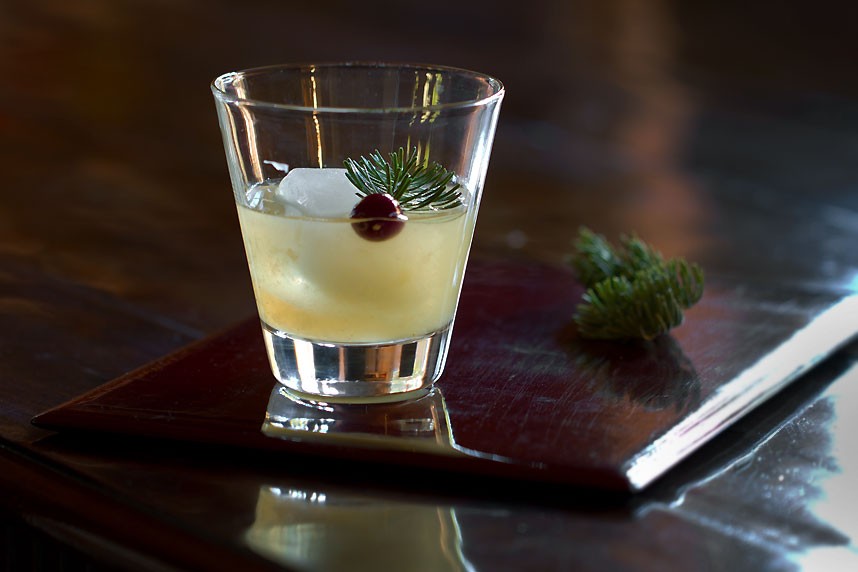 Make the spruce-scented simple syrup: Combine 1 cup granulated sugar, ½ cup water, and ½ cup roughly chopped, lightly packed, spruce, pine, or fir tips in a small saucepan set over medium heat. Bring the mixture to a low boil then then remove from heat. Allow the syrup to cool completely and then cover and set aside about 8 hours for the flavors to meld. Strain through a fine mesh sieve into a jar or bottle before using. If refrigerated, this syrup will keep up to two weeks. 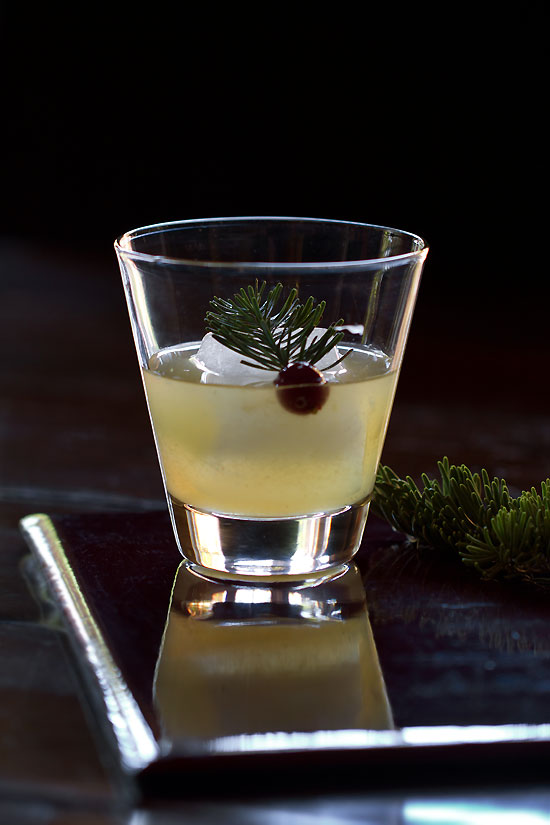 Place one extra large ice cube or three medium ice cubes into a double old-fashioned glass; set aside. Combine rye, lemon juice, mastiha, mezcal, and simple syrup in a cocktail shaker 2/3 filled with medium ice cubes. Shake and strain into the prepared glass. Garnish with a little conifer tip and a cranberry. 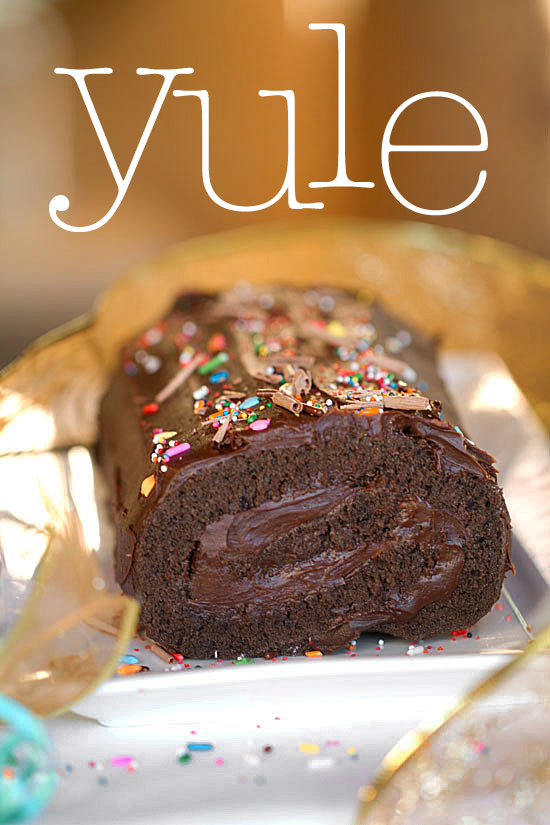 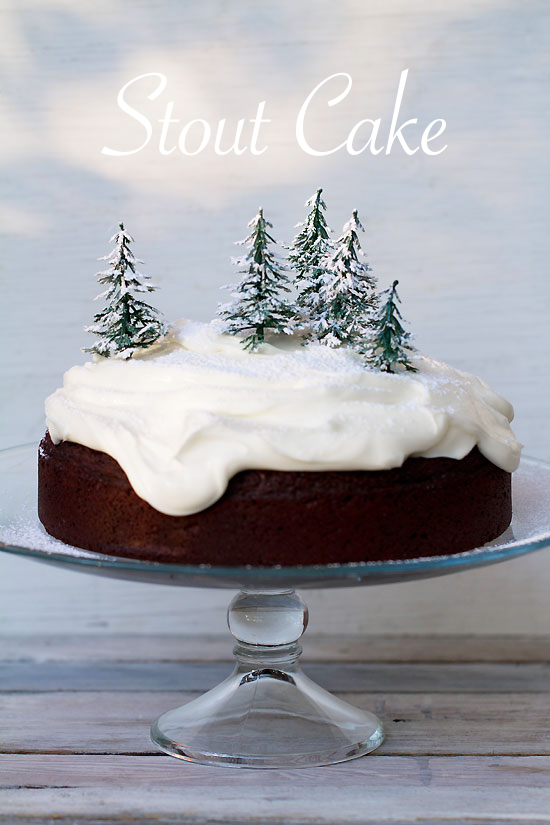 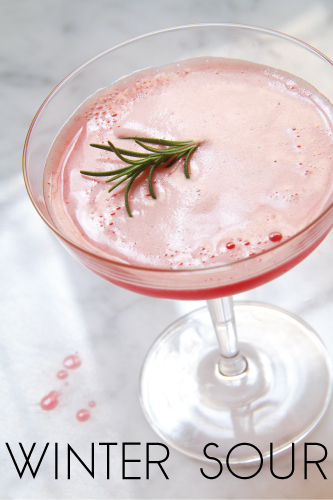