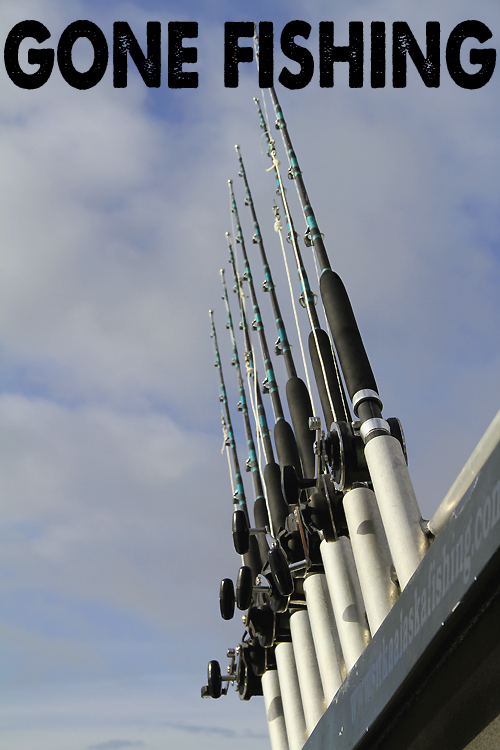 For me “right” means environmentally responsible. I want to make the “right” choice to assure that those tasty tidbits from the sea are available for future generations to enjoy. In the past, I’ve relied on Seafood Watch. They’re a great organization. But they’re providing information to a global audience, which means their rating system can be confusing. “Best Choice” is often accompanied by caveats like “pole-caught”  or geographic notations that are not always clear to the consumer.

Lately, I’ve been using simpler criteria for choosing the right seafood. I buy American. I say this not because I am American and I want to support American fishermen and fisherwomen. Although that’s a nice bonus I admit. No, I would say to you “buy American” even if you lived in England, Norway, or China. Which might piss off a few English, Norwegian or Chinese folks I know.

So let me explain myself. Buying American seafood makes sense no matter what motivation drives you (or where you live). The United States has the most sustainably managed fisheries in the world. But it wasn’t always that way. It took the collapse of several of our fish and shellfish stocks for us to see the path forward.

Starting in the 1980s our famed New England cod fisheries began to disappear. The trend continued on the west coast with the salmon fisheries. So without too much pushback from the public “big government” stepped in and set policies of sustainability by 2010 in all U.S. fisheries. The decision was painful in the short run. I’m sure there was tremendous financial hardship in the fishing industry. But time has proven that the United States took the right path.

While the U.S was closing fisheries and taking a short-term hit on the economy of commercial fishing, the European Union chose a different direction. They took a more market-based approach. Letting demand guide the harvest. In general, they overfished their fisheries for decades. The rest of the world followed their example.

A worldwide study in 2011 brought the bad news of that bad decision. It’s estimated that 90% of the world’s big fish (sharks, tuna, and the like) have disappeared. Consumed by a hungry population.

But if you look at the U.S. fisheries separately and independently you’ll see that 2/3 of our fisheries have bounced back from near depletion to levels that should be sustainable.

I bring this up because I’m in Florida. When I’m in Florida I like to cook things that I don’t always get to enjoy in California. That often means certain kinds of seafood.

I usually buy my fish at a fish market. The one I like here is called Ward’s Seafood. They only sell locally caught fish so I know it’s fresh. But sometimes there just isn’t time to get up to Clearwater. Then I go to Publix. It’s a perfectly fine grocery store, but it’s just the sort of place you have to carefully navigate the seafood counter. I was there recently, nose pressed to the glass madly searching through my Seafood Watch app, when I woman next to me sighed and said. “Choosing the right seafood is so hard”.

That’s when it hit me. “Yes it’s hard,” I said, hoping I wasn’t oversimplifying. “But if you buy American you can be fairly certain you’re doing the right thing”. I thought she was going to hug me as she purchased 2 pounds of Florida grouper. I chose blue crab for these Blue Crab Cakes with Raw Corn, Okra, and Key Lime Succotash. I could have hugged myself too, but I settled for a pinch. GREG

I have to thank Alaska Seafood for helping me come to this place of peace in my seafood buying choices. The information I picked up on my trip to Alaska has helped me better understand this complex subject. 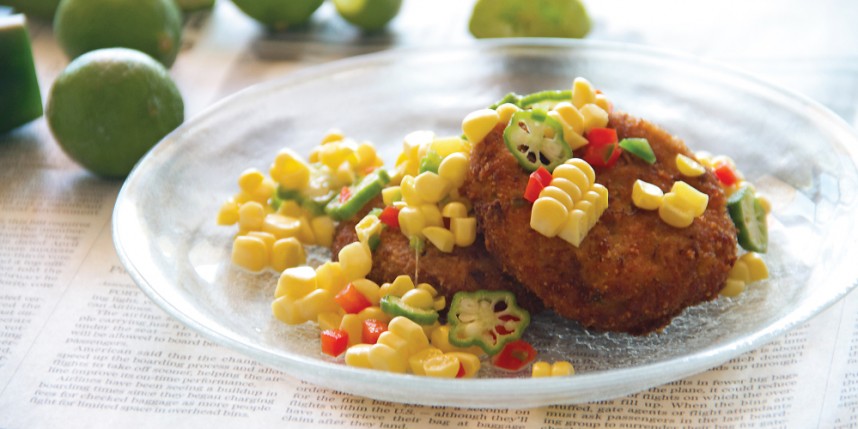 Choose smaller okra pods to avoid stringy, starchy and gummy results. Young okra pods are distinguished by a fine peach-like fuzz. They have tiny, tender and easily digestible seeds– while the seeds of very ripe okra can be chewy and slightly bitter (better suited to frying). 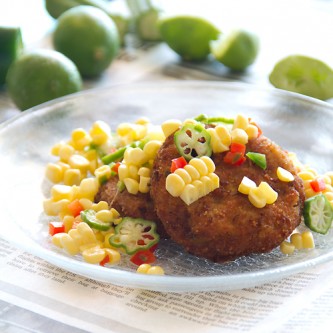 Make the succotash: In a medium bowl combine 1 cup corn kernels, okra, ½ cup bell pepper, jalapeño, lime juice and a pinch each salt and pepper. Set aside at room temperature about 20 minutes. May be stored covered and refrigerated overnight. Bring to room temperature before continuing.

Prepare the cakes: Combine remaining ½ cup corn, remaining ¼ cup red bell pepper, green onions, mayonnaise, mustard, Old Bay, crab meat, and lightly beaten egg in a large bowl, folded until just blended. Stir in ½ cup breadcrumbs, do not overmix. Divide mixture into 8 equal portions; shape each into a 1‑inch-thick patty. Place the remaining breadcrumbs in a shallow dish, season lightly with salt and pepper; dredge crab cakes in the mixture, turning to lightly coat all sides. Arrange patties in a single layer on a small baking sheet. Place patties in freezer for 20 minutes or until firm.

In a a large nonstick skillet set over medium-high heat melt 1 tablespoon butter into 2 tablespoons canola oil; swirl to coat. The oil should be very hot but not yet smoking. Place 4 coated cakes to the skillet; cook 3 to 4 minutes on each side or until golden brown. Remove from pan, and keep warm. Repeat procedure with remaining butter, canola oil and crab cakes. 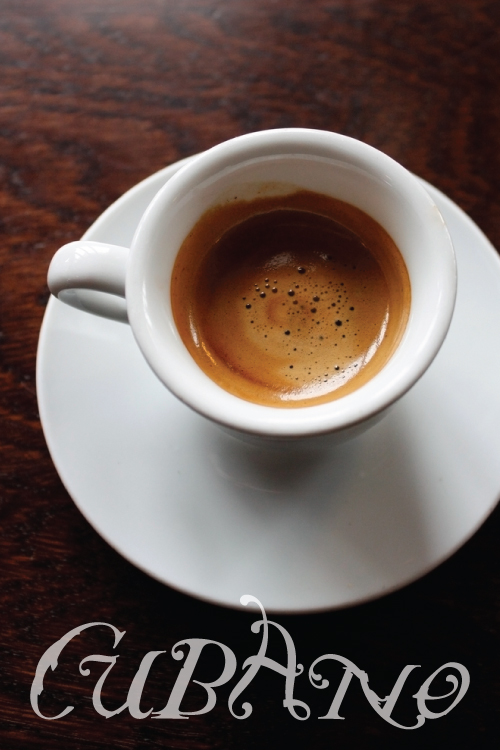 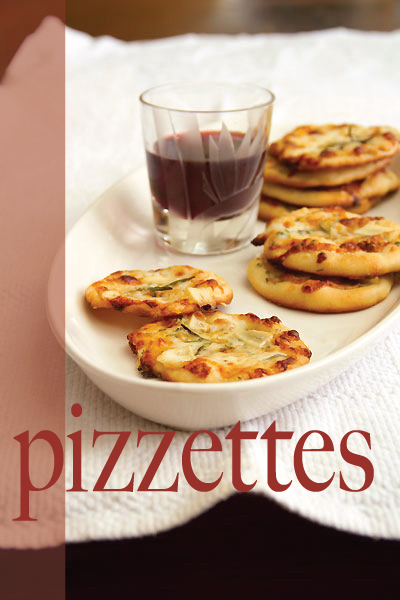